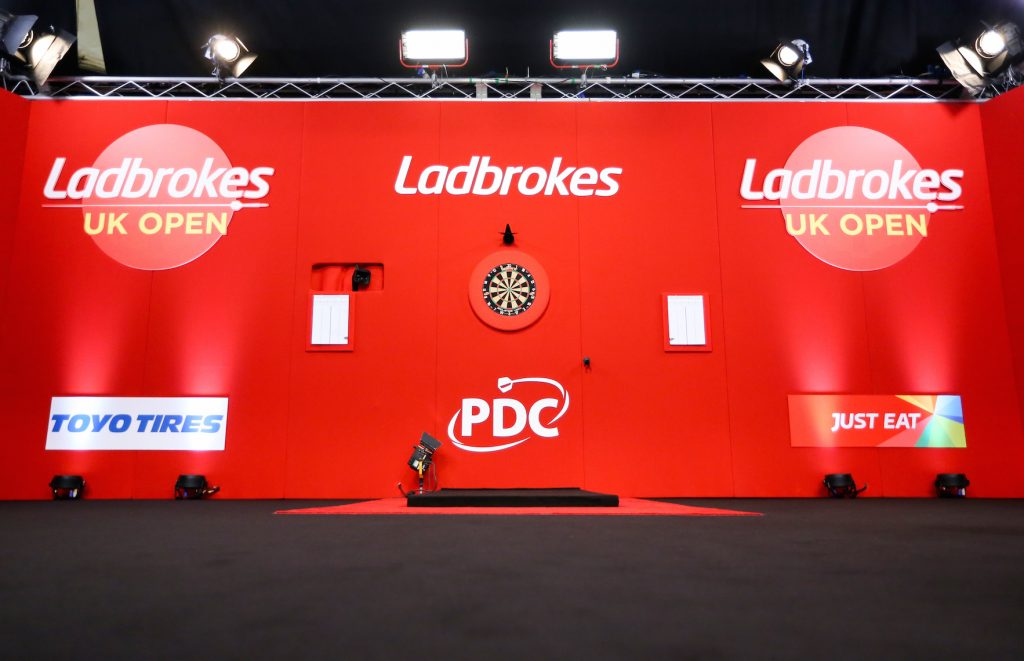 As the 2020 Ladbrokes UK Open begins this weekend at Butlins in Minehead, our players will test their abilities against some of the PDC’s best.

As far as scheduling goes, Kyle McKinstry takes on the highly-rated Fallon Sherrock on the main stage on Friday afternoon LIVE on ITV4 in a mouth-watering first-round clash.

Also featured in the opening round, Harry Ward takes on Ireland’s Gavin Carlin over on stage three in a second-round match, Karel Sedlacek faces Adam Hunt over on stage two, streamed LIVE on PDC-tv.

William Borland faces off with Andrew Davidson on stage six, Nathan Rafferty takes on Darren Beveridge on stage four, Shane McGuirk takes on Callan Rydz in an invigorating clash over on stage seven.

Stephen Burton takes on Leigh’s Adam Huckvale in the opening match over on stage five, with the winner taking on Vincent van der Meer, whilst Kevin Burness comes up against Harald Leitinger.

Entering in the latter stages, Jamie Hughes could potentially face stablemate, Nathan Rafferty in round three. Benito van de Pas comes up against Martin Schindler in a third-round encounter on stage seven.

James Wilson also enters the competition at the third-round stage, potentially coming up against Ted Evetts.

Daryl Gurney will enter the tournament in the fourth round of action on Saturday. 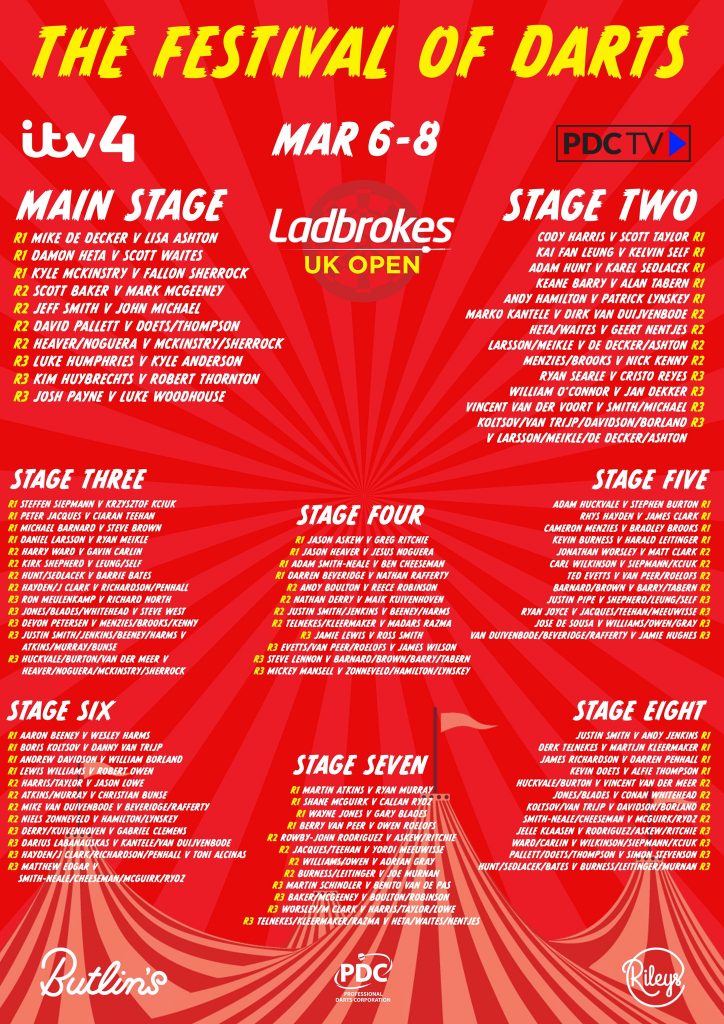