Chin up for Gurney 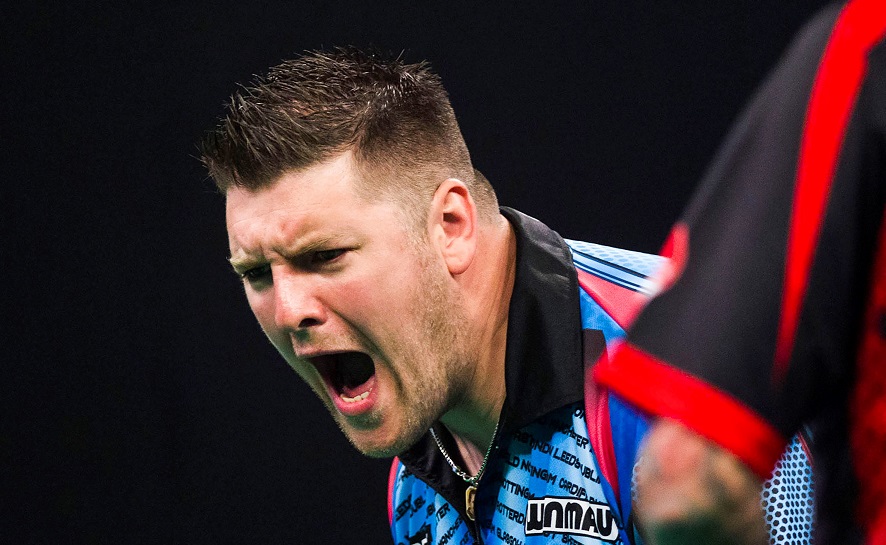 DARYL GURNEY is just one win from guaranteeing The Great Escape from Unibet Premier League elimination.

The World No.7 has risen from doom and gloom to boom in the space of 48 hours with back-to-back wins in Milton Keynes.

However, he still needs to beat World Champion Peter Wright to seal his place going forward at the Marshall Arena.

Gurney has beaten both Chris Dobey and an even more impressive victory over Nathan Aspinall last night to lift himself off the bottom of the table.

He admitted: “If this was the film I’m still down the hole digging out the tunnel. But at least I can see a bit of light now!

“Before this week started I wanted to win my three games and if I get eliminated then so be it. I’ve won two games so it’s so far, so good.

“I was taking out some finishes with my last dart, there was the 144 and I think a 68 which really hurt him. I’m glad to play a game for once that was as good as I’ve been practising.

“I hung in there and took my opportunities. If I can keep that up, I’ll be hard to beat. I’ve got Peter Wright tomorrow and if I can win that, I’ll be very happy – there’s not much more I can do.”

The Northern Irish ace had claimed just two draws in the opening six weeks in February and March, but having seen off Challenger Chris Dobey on Tuesday, he backed up that success with a hard-fought 7-5 victory over former UK Open champion Nathan Aspinall.

In a tense start, the pair traded the opening six legs before Gurney – who had landed a 144 checkout in leg four – found his rhythm and moved into a 5-3 lead.

Gurney then guaranteed a point at 6-4, but Aspinall once again ramped up the pressure as he moved within one leg at 6-5.

However, a strong final leg, finished with an 82 checkout, saw Gurney clinch a valuable two points and improve his leg difference over Cross.