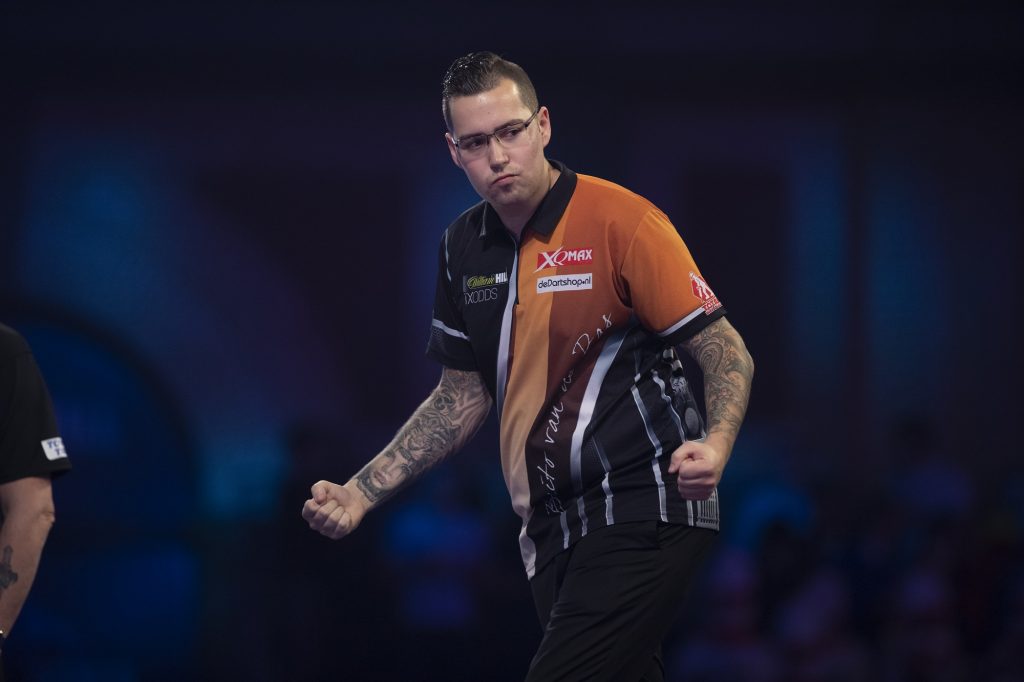 As the third Players Championship weekend took place at Robin Park Tennis Centre in Wigan, our eight tour-card representatives battled it out against some of the world’s best.

At Players Championship 5, it was a tough afternoon for the lads, with several names reaching the second-round stage whilst just coming up short.

But for Dutch ace, Benito van de Pas it was a fantastic day at the office, reaching the last 16 – Benito’s best run of the year so far.

Van de Pas secured victories over Jan Dekker (6-0) and Ian White (6-5) before seeing off Jason Lowe 6-3 in a breathtaking display which saw Big Ben record an average of 108, securing the win with a 10-darter.

The Dutchman’s run came to an end as he suffered a 6-1 defeat to Steve Lennon, who averaged 106.6, incidentally.

At Players Championship 6, it was a reasonably successful day for our tour-card holders.

Both Daryl Gurney and Jamie Hughes enjoyed impressive runs to the last 16. Yozza completed wins over Jamie Lewis (6-5), Niels Zonneveld (6-0) with a 101.3 average, Robert Collins (6-4) before losing out narrowly to Gerwyn Price (6-4).

As for Superchin, our man recorded victories over Mike van Duivenbode (6-3), Kai Fan Leung, Brendan Dolan (6-4) with an average of 104.3 before suffering a 6-3 defeat to Steve Beaton despite averaging 98.7 in defeat.

Vincent van der Meer enjoyed a decent run to the board final, securing wins over Rob Cross (notably) 6-3 and a last-gasp 6-5 win over Madars Razma. Jermaine Wattimena defeated the Dutchman 6-2 in the last 32.